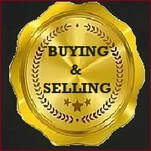 Mark of the Beast means Christians are directed to learn a state of living that isn't just reliant on cost money decisions, to only persuade according to safe worldly knowledge but to remember words like 'renouncement' and 'sackcloth.'
Amongst the large scope of prophetic initiation & agenda, a resource team will be set in place for development of utopia concepts (a secondary non-essential task) done in company name & themed fashion.  This sets the tone to illustrate a more precise & proper Revelations ‘Mark of the Beast' follow through & implementation, where ‘pledging’ is done & gauged through promissory note participation during the defined prophetic timeline occurring at this exact & pinpoint time in history.  More than just creating language & reminder on how money eventually loses its futuristic stronghold dependence in our lives, where in the subsequent future money is more universally capped & diminished & ‘tokens’ are utilized to nominalize the civilian monetary pay gap spread in a greater shared essential living state that is more a meme of the plateaued eternal state; Free Token Enterprise with calendar objectives, is in route to execute a prophetic operation that should satisfy the remaining biblical items & stipulation still left largely unaddressed, adding additional transparency to the totality of the bible that at times requires obtuse sacrifice & effort to earn a further developed eternity.

In the prophetic futuristic writings, it hints that no true believer can retire onto death without accepting a sackcloth awareness to a further degree.  If you would receive the Mark (as an EAUTOCLIMATE representative) you make money & dragon your meditation.  Remember not only is the dragon the strongest most fierce creature speaking and thinking out thoughts more greater & sophisticated than his peers – he puts his glory & splendor as the top total understanding, which includes guarding treasure & possessions & winning as shrewdly as worldly success dictates.  If it ain’t fame, money, or power, then it’s not victorious living worth living in oneself in the first place.   Someone in Christ, however, denies dragon allure to the greater reality of God defending each passing second worldwide, in hope & endurance to receive a greater ongoing ‘life’ with greater eternal reward and living state.  ‘Death,’ the ‘second death,’ the Lake of Fire land of people with perish mindsets, isn’t the accord or assurance needed to heal the Christian soul.

Eventually to address but not measure the second largest religion worldwide (Islam), we start with an empathetic allowance to society humans that will only cling to realistic viewpoints of here now ideology, straying away from further discernment or thought towards biblical spiritual afterlife.  The classification of the ‘outer courts’ the collective end time people(s) not part of Christian evaluation or measure, receive the Mark of the Beast on the right hand/wrist or forehead as either a Muslim gentile denying Jesus as ‘the Christ’ gatekeeper to heaven, as fellow humans already either wearing the mark on the forehead in association to their belief practice, or the antichrist (other non-prophetic gentiles) movement of people wearing spiritual reaction on their foreheads being bent against organized religion and holy statute.  The word says, ‘no person who receives the mark can buy or sell.’  This is during a time when Babylon the great has seduced the world utilizing sexual immorality and hidden practice to cap Christian knowledge and assembly, at a time when those with ears of willingness to believe and hear can perceive the form of captivity we’ve not only witnessed in the past via war in Israel & the USA, but in the present prophecy (a growing acknowledgement of a more gentle spiritual captivity than the brutal past, done at the time of the end via orchestration of the Abomination of Desolation as a borderline malpractice operation set to kill prophethood & further church prophetic practice) when believers are ousted and restricted of further fun, money, & immediate life living – displayed through the million participants via a new social media platform where participation appropriately replicates and displays the churches final one union effort that finalizes the Christian eternal stance that says ‘all arrows point to the immortal life to come.’
​
The kings of this earth, not only headquartered in DC & LA but now across the globe, play a part in this agreement set in place through this company effort; in an age where words like encryption & breach has caused ongoing spying and withholding of greater information & collaborative worldwide effort, the settled upon approach of making citizens captive became embraced to preserve luxury & name, ranging from drafting to war, to medical & technologic testing and tracking for advancement sake, to nations rising against nation where some practices are about hindering other practices via lawless competition.  We’ve allowed sorcery social conditioning (no rules to defend holy God) to take precedence over further biblical initiative (hiding behind heresies, false teachings, short sided contextual association & evaluation that allow sin misevaluation and vague approach) so that time in our day was made about the boasts we get of furthering worldly standing that dilutes prophetic criteria and expectation.  Ultimately we can institute all scenarios of an atoning fulfillment pass/fail, even creating an influential earth saving climate change contingency effort for future generations along the way, by blending in modern technology & timing to recreate the trumpets, woes, & real-life protocols of all things implied to have occurred in the future now.  Even a failed literal Judea evacuation to the mountains done via electronic pixels, or a background of trumpet one fire quadrants flaming over the burnt earth done before (at) the end of the prophecy test is a fail/pass in itself part of the total solution.   Ultimately through this, a coalition deal is made where the other side has say and role in the revealing of a prophetic character ‘son of destruction,’ that allows responsive thinking for all nations & peoples that choose not to allow a further developed prophetic emergence effort to change their afterlife opinion’s and or beliefs.  ​

​Free Token Enterprise maintains a priority to always accurately keep up with consistent company initiatives, including at some point within the first year or two a dedicated effort to delegate a large graphic funding request, where we gauge & anticipate the scope of all time lapse best decisions of future potential outcome, drawing in attention along the way to the past symbolic expressions playing out in the now where mountains are peoples, people are tribed, and Jerusalem is allegoric.  Creating the limited social media platform, along with the other formalized prophetic what should be decisions, blends in the past efforts of creating the proper 'holy place,' a prophetic task during the modern virtual age when Zion became the largest mustard tree in the garden and the walls of the Jerusalem homefront span to the ends of the earth as time transpires to the harvest sickle finalization effort across the globe post resurrection now tech age.  The question now to ask, is, is the temple reference still to only be the literal Jerusalem building of the past in the land where Jesus didn't rise, or is it first now rationalized differently as the body of believers?  But where exactly to designate the 'stand where he ought not, in the holy place' location?

FTE, once a dead company glancing away from the Christian call almost two decades ago, comes back to life to a call that allows a once mortally slain meditation against the Sword and practice of money, to subsequently practice & generate funds under the head & allowance of the 4th trampling beast Dragon (gaining approval & means from he who is restraining) serves a company initiative to secure placement as the doomsday (not) practice that becomes a normal Levite operation.  The Levites have done many things in the past, abstracting tithes, generating collections, working in the temple, being project leaders, & the prophetic Matthew Levi makes no exception of this outstanding requirement that is part of Revelations.  One thing is for sure, the 10-year window gives time to create the follow through needed to preserve the bibles integrity, showing connectivity to the past writings & visions that wrote about this very day.  The Word is still 'sound.'  Perhaps, perhaps, 'perhaps,' God did make things clearly transparent enough via the signs and forewarnings we’ve all witnessed already that have helped to clarify & advance final objectives & end time awareness’s still left on the slate, all the while developing additional calls & roles to see this through.

'DO NOT DESPISE PROPHECIES, BUT TEST EVERYTHING; HOLD FAST WHAT IS GOOD'
Matthew 24:14
​'And this gospel of the kingdom will be preached throughout the whole world, as a testimony to all nations; and then the end will come.'