REVELATION SEQUENCING AWARENESS
May 14th, 2019, progress update:  Part of Revelations talks about a time when restrictions are placed on believers regarding buying and selling, and unless you worship the image of the beast and either bear the mark on your forehead or on your right wrist, you are not included in the modern day non-religious living movement.  This was a year when promissory notes (click to see) were further developed to help create a modern visual for fulfillment of what was said to be done.  No, it’s not a believers job to fulfill false prophesy, but to fulfill a vision out of Daniel, of which talks much about an antichrist movement, so it more so syncs together with things at hand.  Via the social media participant program, we create a coalition effort with a to be formed company that gets to utilize the participants as a large customer base that allow them to practice money through it how they deem fit.  In it’s preliminary state, the company would be called EAutoClimate.com.

One of the best movements is climate change, as we are further aware of things escalating on the earth regarding a climate crisis – so they play a part in a company that stands for future generations in the scenario God’s son doesn’t return during the prophecy period that they may or may not even really acknowledge.  It allows a handshake (a right-handed marked handshake after signature) when the selected believer obliges to an Electric vehicle purchase plus two thousand dollars paid each.  Below is brainstorming on how to transition the process of revenues and transactions being made – technically 1 million people times $2,000 (not to mention deals with auto makers for discount bulk purchases and whatever other opportunity arises) is $2,000,000,000 (2 billion) dollars of straight income.  So as prophecy says the man of lawlessness as a unified company steals lots of treasures and carries them off to a virtual Egypt a safe place for this occurrence.
​ 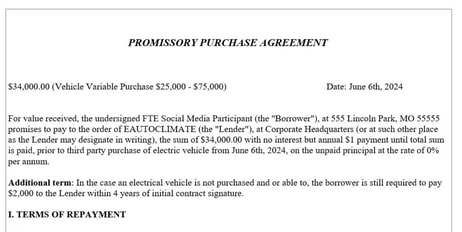 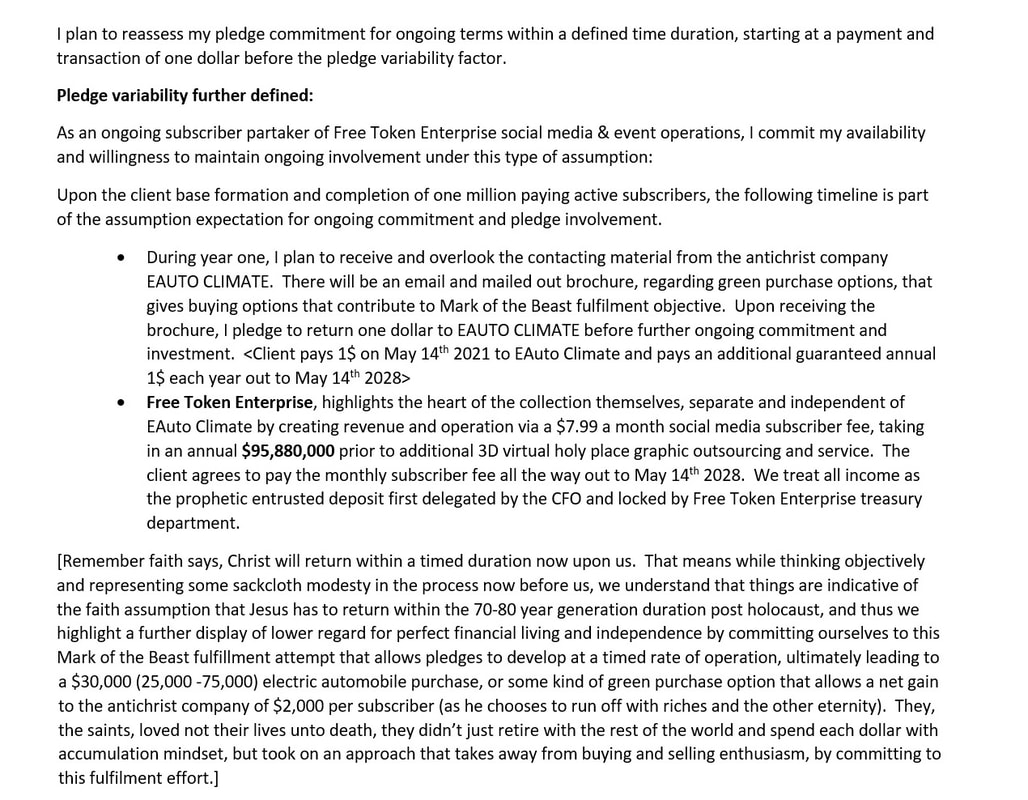 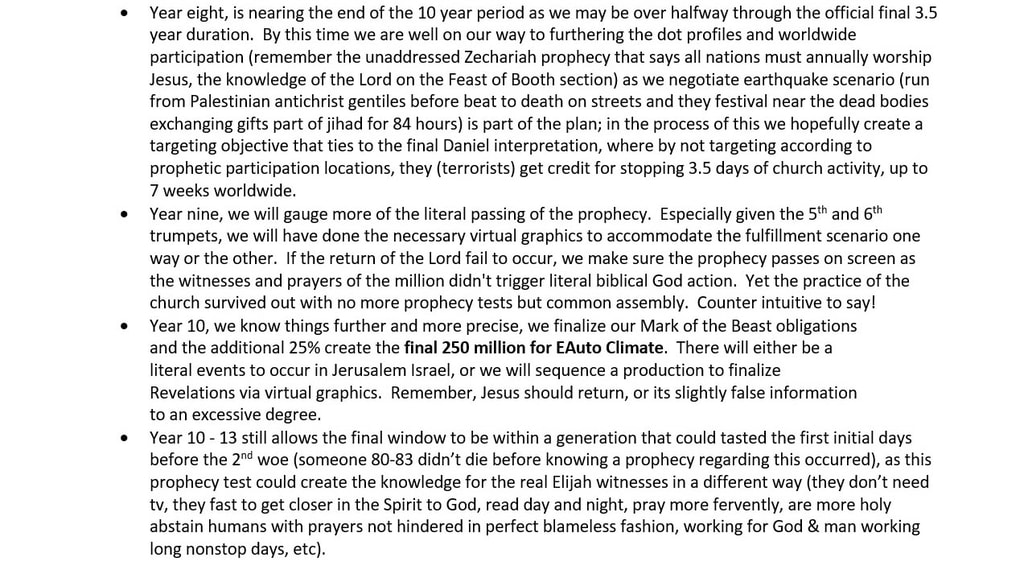 Regardless of EAUTOCLIMATES dealings with electric automobile companies like a Tesla, Ford, or Chevy, the reality is payment of $2,000 above sticker price or out of pocket (if permitted in terms of agreement) is the bottom line - denying money in faith to the coming of the Lord, providing riches for the antichrist formation.  5/14/19